Jenny Odell, in her manifesto: How to do nothing: Resisting the attention economy (the book), quotes Mark Zuckerberg saying: “The days of you having a different image for your work friends or co-workers and the other people you know are probably coming to an end… having two identities for yourself is an example of a lack of integrity.”

Integrity is a word that means a lot to me, so this claim caught my eye.

A few years ago I sat down to work out what attracts me to my (superficially) disparate friends. Most them to I met as an adult, so childhood bonds weren’t it. Apart from the odd freelance collaboration, none are or were colleagues. We’re scattered across continents and time zones, so it isn’t proximity. And we don’t always see eye to eye on culture and aesthetics. So what is it I look for in a friend?

Three things, it turns out: integrity, generosity, and curiosity.

Photo by ricke 76 on Unsplash

Integrity can be hard to define. Joan Didion writes (in On Self-respect) that the word “character” has been unfairly relegated to describing homely children and unsuccessful political candidates. Similarly, “integrity” has been softened into a synonym for ‘honesty’, a bloodless approbation for people who don’t fiddle their taxes.

My guess is Zuckerberg used it in this sense. In his two-dimensional, blue-bordered world, having more than one way of relating is dishonest. By his definition, Zuckerberg has mounds of integrity as his smug, Bond-villain-bland facade rarely flickers.

That’s not my idea of integrity. Nor a quality any of my friends share – nor one I’d value.

Integrity, the kind that makes my synapses pop when I get near someone who has it, is internal consistency. People who have it are like those wobbly toys you can shove over in any direction and they always right themselves. Integrity is the weight in the centre, the internal gravity that keeps a person true to themselves.

Plants are a wonderful example of internal consistency that is not rigid. Let’s take wheat. When I left southern Spain a few weeks ago the wheat fields were already dry and bleached to pale gold. In the north, they are still fresh, damp, and bright green. Neither gold nor green is dishonest, it is simply responding to its environment according to the mandates of its deeper purpose: which is to grow and ripen.

My friends have grown. They’ve changed careers, faiths, relationships, locations, hobbies. They are not the people they were. Yet, they are. Because – integrity.

They have internal consistency. All the external changes, however far-reaching, arise from deep roots of character (in the full, Didion-endorsed sense of the word). The qualities of their integrities (which are legion) include self-awareness, critical thinking, dark humour and responsibility. Whatever they do, or don’t, I can count on them to be true to these fundamentals.

Photo by Raphael Rychetsky on Unsplash

My husband often admiringly quotes a friend who said: “I may have low morals but I have high ethics.” This gets to the heart of why integrity matters.

Morals are something imposed from outside; one obeys out of fear or a desire to please. Ethics, though, are a manifestation of integrity. Internal consistency creates an intrinsic framework for relating to others, which is expressed as ethics.

“Ah!” you say. “But without morality, what will police integrity? Are you saying that serial killers and child abusers should be allowed their internal consistency?”

Needless to say: of course not. The point of integrity is that it is internal – a relationship to oneself. People who exploit and abuse have relinquished the relationship to self in favour of externalising their anger, disappointment, etc. They have traded the possibility of integrity for the ugly, fleeting gratification of brutality. They are ethical failures. Though, tellingly, they may not be moral failures. Just look at the Catholic church cheer-leading for Fascism during and after the Spanish Civil War, or the fundamentalist Christians murdering doctors.

Letting someone else think for you, even in the name of “morality” makes violence more, not less, likely. As Germaine Greer wrote in The Female Eunuch:

To abdicate one’s own moral understanding, to tolerate crimes against humanity, to leave everything to someone else, the father-ruler-king-computer, is the only irresponsibility. To deny that a mistake has been made when its results are chaos visible and tangible on all sides, that is irresponsibility.

One’s own moral understanding is an important phrase. It implies that we have to be aware of our fundamental beliefs. It isn’t enough to have internal consistency, we need to interrogate it. It isn’t enough to know what we do; we need to know why we do it. Self-study is a safety mechanism. It helps us articulate who we are, which then determines how we relate to others.

Self-knowledge is what prevents internal consistency from becoming routine. Without it, we can mistake superficial interests or habits for something intrinsic. When we know our foundations, we can build, tear down, rebuild. If we mistake décor for structural support, we get trapped in an unchanging space. 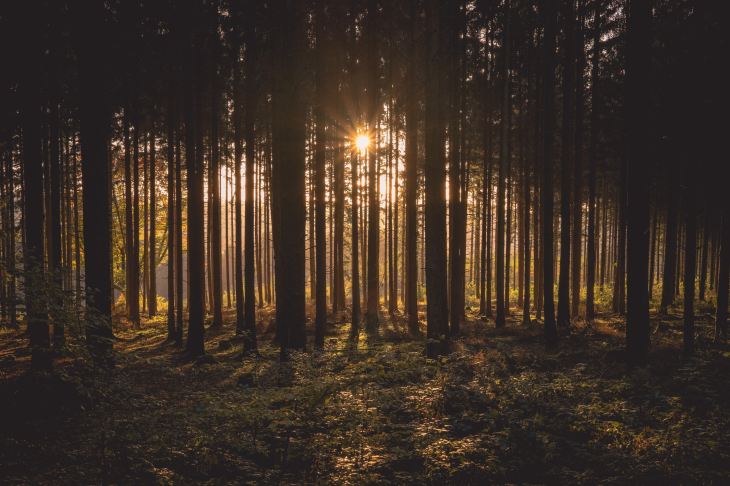 Photo by Daniel Peters on Unsplash

What does it matter, integrity? (Who cares how I choose my friends?)

It matters because we live in uncertain times. I’m going to go not-very-far-out on a limb and say that many of us are, or will be, in political situations where personal integrity may be the only way to avoid abetting crimes against humanity.

I cannot look at what is happening at the U.S. southern border, specifically; or American prisons, generally; or the farce that is British “democracy”; and believe that things will work out. We may yet halt the slide to full-blown Fascism, but it won’t be by chance.

Odell also quotes from “On the Duty of Civil Disobedience” by Henry David Thoreau: “If [the law] is of such a nature that it requires you to be the agent of injustice to another, then, I say, break the law. Let your life be a counter-friction to stop the machine.”

One person of integrity can’t stop the machine. But, if we band together, our collective friction might just be enough.