Stories don’t have to be true. Sometimes the most powerful ones are pure fiction. 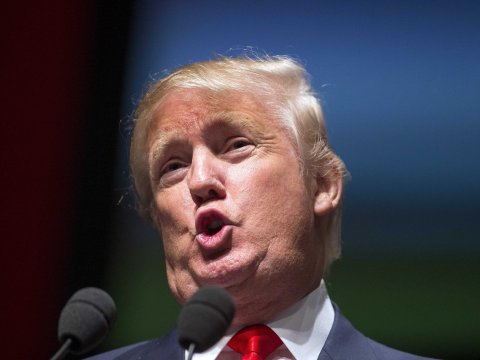 Pathological liar who used exaggeration, hyperbole and outright 24k lies to concoct a shady business empire then successfully campaign for President of the United States.

Trump is a racist, a misogynist, a xenophobic goon with an ego the size of the wall he promised to build between Mexico and the United States. He is a self-professed business guru who has gone bankrupt four times. He is a self-professed sexual abuser who has said on record he’d like to date his own daughter. He claims to represent the common man but rarely pays taxes.

Despite all this, Trump beat won the electoral vote from under the nose of Hillary Clinton, a experienced, qualified, sane, humane politician.

The only explanation? He told a better story. Because he made it up as he went along.

In their own words:

“In announcing his bid for the Republican presidential nomination this morning, Donald Trump started with what Forbes believes is a whopper. He claimed his net worth was nearly $9 billion. We figure it’s closer to $4 billion — $4.1 billion to be exact.

This discrepancy is noteworthy, since Trump’s financial success – he put his fortune at exactly $8,737,540,000 — is core to his candidacy. “I’m proud of my net worth. I’ve done an amazing job,” said Trump at his circus-like announcement, before referencing his autobiography. “We need a leader that wrote ‘The Art of the Deal.'”

In fact, Trump even lied about that. The Art of the Deal was written by journalist Tony Schwartz. Howard Kaminsky, former head of the book’s publisher Random House said, “Trump didn’t write a postcard for us!”

Practice: “Counterattack. The fact is, just as most of us are uncomfortable telling lies, most are uncomfortable accusing others. This discomfort can be used in the liar’s favor. “You’ll often see politicians respond to accusations with aggression,” says Stan Walters, author of The Truth About Lying: Everyday Techniques for Dealing with Deception. “What they’ll do is drive critics away from the issue, so they’re forced to gather up their resources to fight another scrimmage.” Jeff Wise via Psychology Today

Remember: “If you tell a big enough lie and tell it frequently enough, it will be believed.”
― Adolf Hitler